What are Personal Coaching & Business Coaching?

If you’re looking for new ways to explore your strengths and challenges and turn your dreams into a reality, the Kenyon style of professional coaching may be just the ticket. Kenyon Coaching provides a unique range of confidential coaching services that tap into the best aspects of the world’s most effective coaching philosophies.

Most importantly, Kenyon Coaching taps into YOU. We help you take a close look at your life from a personal or business perspective – or both – with the goal of helping you make changes that lead to a more productive and fulfilling life. The process begins by defining the obstacles you may face deep inside yourself that manifest as procrastination, fuzzy thinking, self-questioning, or other limiting habits.

As a potential Kenyon Coaching client, you begin with a complimentary 30-minute consultation. Barbara asks you questions and thoughtfully, strategically, and methodically considers your answers, immediately helping you focus and clarify your goals.

In this first call, Barbara will explain how coaching works, so there are no surprises. When you become clear about the coaching process and potential benefits, you’re in a better position to decide if coaching is for you.

Once you hire Barbara to help fire up your life with personal or business coaching, the process is highly customized to your unique needs. The core of Kenyon Coaching is weekly telephone coaching and unlimited email coaching. We help you weed out the unnecessary negative thought processes that hold you back, so you can focus on the positive and take confident actions to get you where you want to go.

Kenyon Coaching helps you set goals and create plans to meet them. The process makes it possible to more easily follow through, celebrate successes, and stay focused. Businesses hire us for in-company group coaching to energize employees, fine tune people skills, and improve communication. This type of coaching creates a more productive team spirit for the entire company, and reflects well on you. 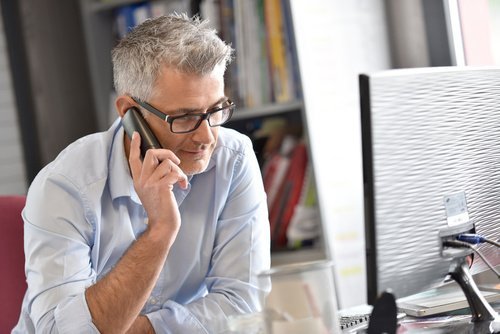 As far back as Barbara can remember, friends always felt safe talking with her, and she really enjoyed helping them solve problems. Later in life she did much the same as a social worker and manager.

When Barbara met Allan, they discovered they had a lot in common when it came to helping others. Allan had been a fraternity brother of her late husband, and he had coached many people throughout his 20 years with Dale Carnegie Training. His dream was to open his own self-improvement business. After they married, Barbara and Allan created Seminars and Training Systems, offering motivational training to help individuals and businesses attain goals faster.

When Allan and Barbara heard about a new profession called life coaching, they were intrigued. In a matter of weeks, Allan was on a plane headed for the International Coach Federation Convention in Phoenix. He ultimately became a trained personal and business coach.

Soon after, Barbara went through coach training and became a partner in Kenyon Coaching. Barbara explains, “Coaching is not what we do; it’s who we are. We help people discover their unique potential, and it brings us tremendous joy!”

What Will You Think When You Look Back?

A popular coaching technique asks you to imagine your funeral. What will people say about you? Will their assessment of your life be what you hope it to be? When you are near the end of your life, will you look back with pride at the time and effort you expended to make the most of the gifts you’ve been given? If you aren’t sure how you’ll feel then, coaching can help you get there. Be one of those who looks back on life with a deep satisfaction in your accomplishments. You are worth it.